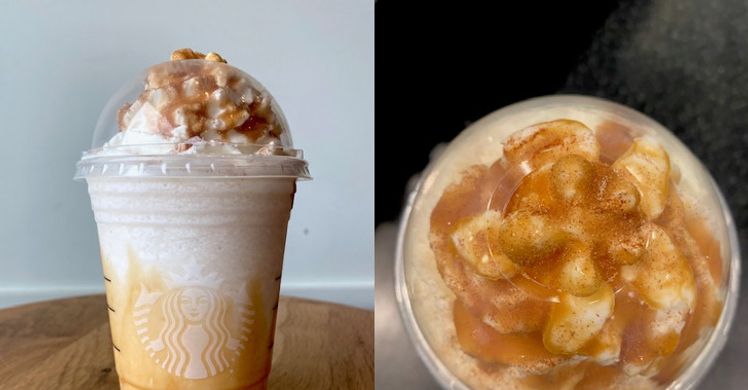 We might be right in the middle of a blazing hot summer but if you find yourself missing everything about fall then we have something exciting for you! You can now order a secret Starbucks drink that tastes like your favorite flavors of fall! So if you find yourself dreading this heat and yearning for those crisp temperatures, cozy sweaters, and all things pumpkin spice, then stay indoors and order yourself a secret Caramel Apple Spice Frappuccino! It’ll surely tide you over until fall!

Since this is a secret drink you can’t exactly order a “Caramel Apple Spice Frappuccino” because the barista won’t know what you’re talking about. Instead, show up with the recipe in hand and nicely ask your barista to make you a custom drink.

According to Totally the Bomb’s recipe, this drink starts with an order of a Grande cream-based Cinnamon Dolce Frappuccino. You’ll then want to request apple juice for the second line of the cup. Once the barista blends your drink you’ll want to ask for extra caramel drizzle and cinnamon dolce powder sprinkles on top! And voila, you’ll be sipping on this delicious Caramel Apple Spice Frappuccino in no time. Thankfully, this is a cold drink which means it’ll be seriously refreshing even on a hot summer day!

ICYMI: This isn’t the only secret Starbucks drink you need to try. You can get Starbucks drinks that taste like gummy bears, peach gummy rings, s’mores, cotton candy, mint chocolate chip ice cream, chocolate-covered strawberries, Cinnamon Toast Crunch Cereal, and Butterbeer. There are even drinks inspired by pink flamingos, ‘Legally Blonde‘, mermaids, and Disney characters like Cinderella. The options are truly endless! 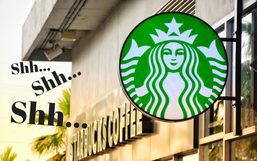 Starbucks Secrets: Cool Hacks The Barista Doesn't Want You To Know
For many, Starbucks is the place they start their day, for others, it's the perfect pick-me-up or a place to meet friends and...