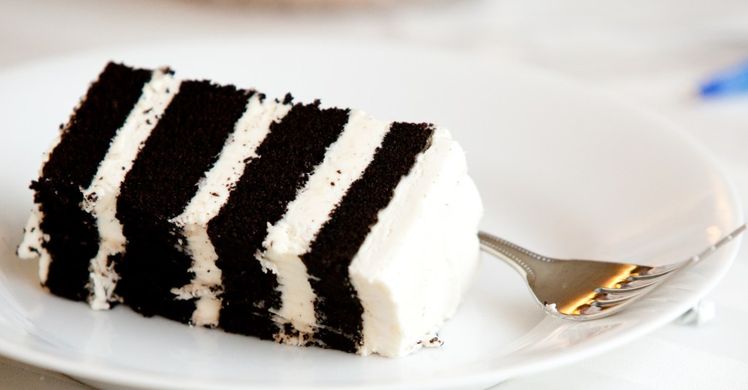 For Velvet Cakes, Black Is The New Red

Red velvet cake was the first to hit the mainstream. With red velvet’s history stemming from the food rations during the depression, when the cost of cocoa was so high, that bakers were adding red food dye or even beet juice to their cakes to mimic the look of chocolate, while only adding a small amount of cocoa itself. Years later, the velvet trend continues with newer, edgier takes on chocolate velvet cakes, and this one is as dark as your soul (j/k, we’re sure you’re totally a fluffy white vanilla soul). What makes black velvet cake similar to the red velvet version is the cocoa and buttermilk; from there the only real change-up is the choice of food color. In this case, black. It’s wow factor is making it a trend for weddings (black teeth, white dress – sounds legit!). It’s also jokingly used as an “over the hill” birthday cake, and of course for Halloween.