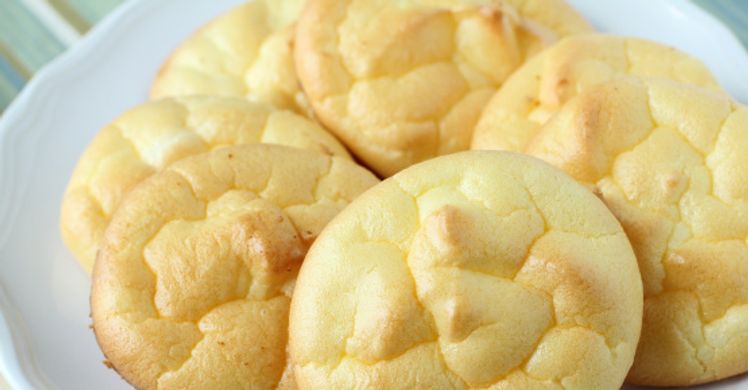 Living On Cloud 9 With Cloud Bread

Cloud Bread… is it bread? Is it a cloud? Or is it something completely deceiving with a misleading name like that stupid raindrop cake? (that’s not a f–ing cake, ok?) Well, truthfully it’s a bit of all three. Cloud bread has gained recent popularity for being a low-carb alternative to bread. Is it very bread-like though? No, not really. Cloud bread is made by beating egg whites with cream of tartar until fluffy, then a mixture of egg yolks, sweetener and cream cheese is folded in and they’re baked in little rounds. Straight from the oven, they’re super light and fluffy (hence the ‘cloud’ name) but once cooled they get a bit softer and chewier. So you’re probably thinking what’s the hype? Well it’s all about their diet-friendly nature which makes them suitable for paleos, gluten-free and wheat-free eaters. It contains only 1 gram of carbs per ‘cloud’ and is touted as a high protein alternative to bread. I’m not sure I agree with the term “high protein” being used here though since they have only 2 grams of protein per cloud (pretty much the same as regular bread) but hey, try it for yourself and see what all the fuss is about.