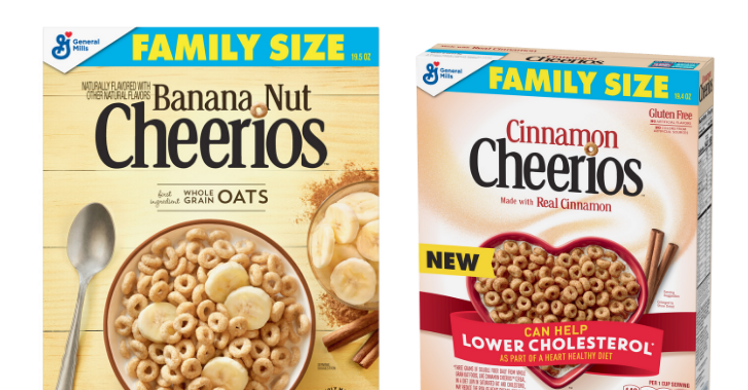 Cereal is one of the easiest breakfast options out there. It’s quick to make and eat and if you have the right accessories you can even take your cereal to go! Cheerios made their debut in 1941 and since then they have become a staple in most people’s homes. Over the years Cheerios has unveiled some delicious flavors. Now the brand is sharing that they’re debuting two flavors that you seriously don’t want to miss. Follow along as we unveil everything there is to know.

Banana Nut Cheerios may not be a new flavor but it is a fan-favorite. Luckily for us, it’s making a limited come back so be sure to score a box or two while they’re here. The Banana Nut Cheerios features a combination of real banana puree and delicious cinnamon flavor. Boxes of this limited-edition cereal will be hitting the grocery shelves nationwide starting now through May 2020. Each mid-sized box will have a suggested retail price of $3.99.

Fans will also enjoy that Cinnamon Cheerios contains 12 vitamins and minerals and are free from artificial flavors, colors, and sources. Enjoy this cereal in a bowl with milk, by the handful as a snack, or mixed into your favorite trail mix — your choice!