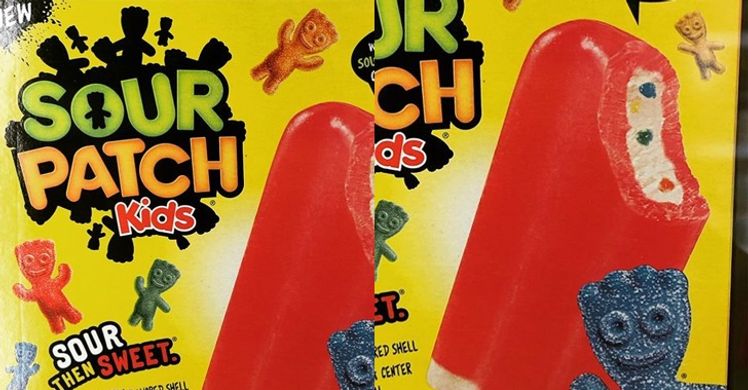 Everyone’s favorite sweet and sour candy can now be found in the frozen aisle at grocery stores near you! Sour Patch Kids Ice Cream Pops was first spotted by Instagram user @DadBodSnacks and it looks like people are going crazy for them! One user said “gotta bring out your inner child and dive in… would jump on these” another user “Yummm”. The ice pops are filled with ice cream and Sour Patch Kids candy bits and covered in a sweet RedBerry-flavored shell. So far the ice pops have been spotted at Meijer supermarkets. It’s also worth noting that the Sour Patch Kids ice pops were spotted last May in both Redberry and Blue Raspberry flavors as well as a Sour Patch Tropical Swirl flavor. So keep your eyes peeled because if this year is anything like last year, we may see more delicious flavors in the future!

Want more ways to enjoy your favorite Sour Patch Kids flavors? Post Consumer Brands unveiled that Sour Patch Cereal is also real! The cereal features the iconic kid shapes, bold colors, a sour coating, and a sweet finish. During the initial launch in 2018, the cereal was exclusively sold at Walmart with a suggested retail price of $3.98. Want to find the cereal in a retailer near you? Search for a retailer using Post’s store locator here.