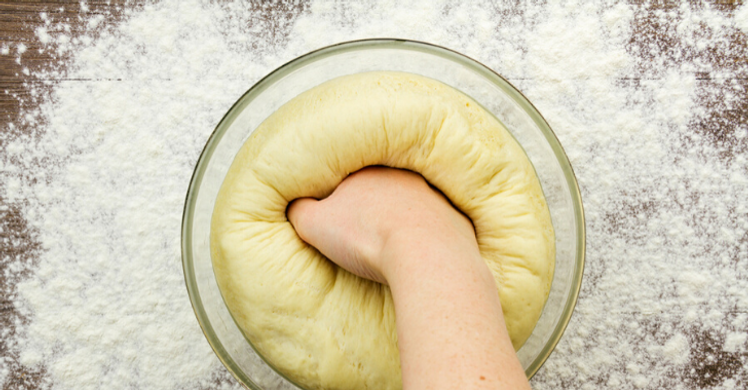 Carbs – the spice of life, am I right? And there is perhaps no carb the world collectively loves more than bread. So why not try your hand at it? While you may be scared to make homemade bread for the first time, it’s not nearly as hard as you might think and it’s incredibly satisfying. We’ll walk you through the process – all you need is a specific recipe you want to make.

There are two main types of bread:

Yeast-leavened bread is any type of bread that uses yeast as the leavening agent, which includes most bread found at a grocery store or bakery. The leavening agent is what causes the dough to rise and gives bread its volume and texture. Generally, yeast bread requires that you proof the yeast, make and knead the dough, let it rise, and punch it down, at least once.

Quick bread is any bread leavened without agents other than yeast or eggs and commonly uses baking powder or baking soda as the leavening agent. Some of the most popular examples of quick breads are cakes, cookies, banana bread, muffins, and pancakes.

You likely already know how to make quick breads, so we’re going to focus on teaching you how to make yeast-leavened bread. The most commonly used yeast is active dry yeast, which you can buy at the grocery store in little pre-portioned packages or larger glass jars. Pro tip: store your yeast in the freezer to keep it from accidentally activating in the container. This is particularly helpful if you live in a house that isn’t air-conditioned during the warmer months. You may also enjoy checking out these great substitutes for yeast when you’re in a pinch!

The first step in making bread dough is proofing the yeast to ensure that it’s still alive. Before starting, check the expiration date on the package of the active dry yeast, replacing it need be. While many other ingredients in your kitchen are safe to eat past their date, yeast is generally not one of them.

Next, heat the water between 105º and 115ºF, checking the temperature with any thermometer. This is important as cooler water won’t activate the yeast and hotter water will kill it. Once it’s the correct temperature, measure out the correct amount and pour it into a bowl.

Sprinkle the amount of yeast and sugar specified in the recipe on top of the water. Stir until the yeast is dissolved before setting the mixture aside for about 5 minutes until it’s foamy (this indicates the yeast is alive!). If it doesn’t get foamy, throw the mixture out and start again with new ingredients. This means the active dry yeast didn’t activate.

Next, it’s time to add all of the ingredients to a mixing bowl (follow your specific recipe) and knead the dough. This is a critical step for yeast-leavened dough as it develops the gluten, which holds the gasses the yeast produces and helps the bread rise. While you can certainly use a bread hook attachment on a stand mixer, kneading the bread by hand is rewarding and often results in a smoother dough.

To knead the dough by hand:

Once the dough has been properly kneaded, the yeast requires time to produce the gas to rise effectively. Lightly oil a clean bowl and add the dough ball, turning carefully to grease all sides of the dough (this ensures it doesn’t dry out or develop a crust while rising). Cover the bowl with a clean towel and set in a warm area away from drafts.

If you don’t have an ideal place to let the dough rise, our favorite hack is to put the bowl on an electric heating pad set on low. Leave it alone until it’s doubled in size, using the guidelines of the particular recipe you’re using.

Step 3: Punch the Dough Down

Once the dough has risen it needs to be punched down to release excess carbon dioxide and redistribute the yeast. Punch down in the center using your fist, then push down the edges of dough using your fingertips. Depending on the recipe you’re following, the dough is now ready to rise again or to shape and bake!

Step 4: Shape and Finish the Dough

Depending on the recipe, you will likely need to roll out, cut, or shape the dough before putting it in the oven to bake.

To shape and bake the dough:

To test for doneness, tap the top of the loaf with your finger. The bread is done if it makes a hollow sound. If it makes a dull thud, the bread needs to bake for longer. Be sure to use the recipe as a reference point for baking time. Once it’s done, place on a wire rack to cool completely.

Before you slice the bread and prepare for storage, let it cool completely. There are a few different ways to store yeast bread to keep it fresh. Homemade bread will get moldy and stale significantly faster than store-bought because it lacks preservatives, so keep that in mind when you’re choosing a storage option. If you’ll eat it all up within two days, simply put the loaf in a ziplock bag or tin foil and store it in your pantry. This will trap the bread’s moisture ensuring that your bread doesn’t get stale. However, if it’ll take longer to eat the loaf, pre-slice at least part of the loaf and freeze it in a ziplock bag.

Whatever you do, don’t put the bread in the refrigerator. Studies show that bread goes stale up to three times faster because the cold draws the moisture out.

There you go! Making bread from scratch doesn’t need to be scary with these instructions and a good recipe to follow. Worst case scenario, try again! The ingredients for bread are inexpensive and practice makes perfect. So what are you waiting for? It’s time to get baking! 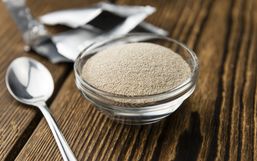 Best Substitutes For Yeast When You're In A Pinch
Yeast is an important ingredient in many baked goods such as loaves of bread, pizza dough, cinnamon rolls, donuts, and... 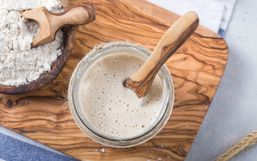 Bread 101: Making A Sourdough Starter From Scratch
People are flexing their "making-from-scratch" muscles while stuck inside, which has caused a rise in bread baking! 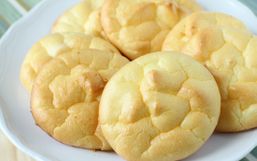 Living On Cloud 9 With Cloud Bread
Cloud Bread… is it bread? Is it a cloud? Or is it something completely deceiving with a misleading name like that stupid... 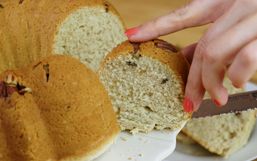 Butter Pecan Ice Cream Bread
Ever come home from the store and unloaded your bags and had the devastating realization that your tub of ice cream was left too... 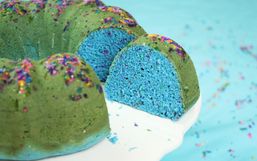 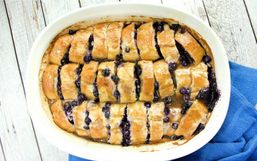 Creative Recipe Ideas Using A Single French Baguette
French baguettes don't get enough recognition for their worth. Fresh, soft crusty bread can be so much more than a simple side to...

One-Minute Keto Mug Bread
If there's one clear message about the Ketogenic diet, it's that you need to avoid carbs...big time. 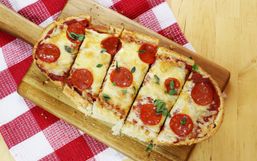 French Bread Pizza
A couple years ago I was discussing with a friend what to make for dinner, and he said he was having "french bread pizza". 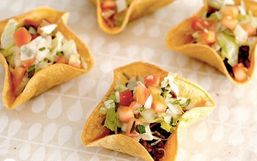 Food Hack: DIY Hard Taco Shells, Bowls & Cups!
Tacos don't have to be eaten only on Taco Tuesday, I'd eat tacos any day! 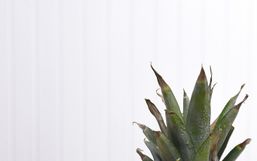 Foods You Can Regrow Again And Again
Buying fresh produce can feel expensive especially if you're purchasing fruits or vegetables in their offseasons. 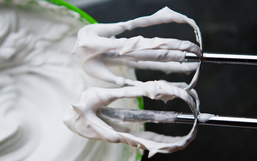 Food Hacks Every Vegan Should Know About
The vegan diet isn't really all that difficult but of course like all lifestyle changes, especially food-centric ones, it's a... 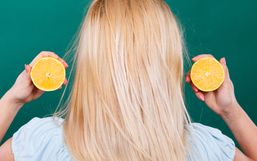 Foods That Can Be Used As Beauty Products
From acne to dry hair, and so much more, beauty products are the solution to many of life's little problems.
Advertisement 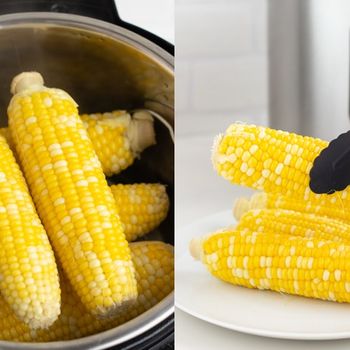